Building automation systems have made controlling the environment inside a multi-use structure a lot easier. However, not every building needs to have the same automation. Some services in one building may need automation, whereas those same services might not even be needed in another building at all. You need to find out which services in your building are needed and which might benefit from automation – and which ones might not.

What Do People Mess With Too Often?

Is there something that doesn't need adjustment but that people mess with anyway? Is someone insisting on turning off all the hallway lights when people go home while others turn on various lights for safety? These are things you'll want to automate if possible. Automation stops people from changing a system in a way that, while it suits their needs, makes everyone else complain, and you can set limits that the system will follow. For example, you may have the lights in common areas automated and set to turn off at a certain time, save for specific lights kept on for safety reasons.

What Is Everyone in Agreement On?

If there is something that most people in the building agree on, such as keeping temperatures within a certain range year-round, that's a great candidate for automation. You'll have everyone in the building trying to keep the same temperature, light control, and so on, and automation makes that very easy.

What Can You Not Fully Control?

Sometimes you can't fully control a situation, and that could make automation a good or bad idea depending on the specific issue. For example, temperature control in a building where everyone likes to keep their office windows open is likely a non-starter as the open windows will make the building thermostat work overtime. It may be better to not automate temperature control in that building, and instead have building-wide policies on keeping the windows closed during heat waves and cold snaps where the exterior temperature exceeds certain limits.

What Local Factors Affect the Building?

Are there local issues that affect the building to an extent where automation would be advisable? For example, if the building is in an area that turns swampy with humidity for eight months out of the year, automating a dehumidification system would be a very good idea. Or, if the area is known for poor air quality, automating the ventilation system is advisable. Any system that would need to be turned on and off a lot is a candidate for automation.

Contact a professional if you have any questions about building automation. 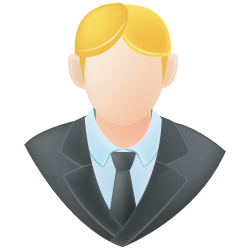 When you manage a business, you have a lot of things to keep track of. In addition to carefully monitoring your current inventory and your overhead expenses, you might also be concerned about managing your employees and hiring the right new people. I didn't realize how important some of these things were until a few years ago, when we ended up with a few of the wrong employees. I want other business owners to avoid some of the mistakes I made early on, which is why I made this blog. Check out these tips and tricks for keeping the right staff on hand.